The Inside Story: A Prognosis of Best Buy from a Veteran Employee

The Inside Story: A Prognosis of Best Buy from a Veteran Employee

I started working for Best Buy during my senior year of highschool and continued with the company all the way through my undergraduate educationand into graduate school. As I moved around for college, Iworked for three different Best Buy stores inthree states and for two different Geek Squad in-home service centers in twostates. No, this isn’t the viewpoint of some senior executive, or the analysisof an industry leading authority on business development. This is the view of asix year veteran employee who worked at multiple sites, operating from anorganizational communication studies paradigm, who had the opportunity to see acompany fall from the top of the food chain and struggle to recover and adaptto the changing market. Throughout my time at Best Buy I observed three bigfailings that might have slipped by people on the outside.

Trying to Get Commission Results on Non-commission Pay

One of Best Buy’s points of pride is that their employeesare not paid on commission. Employees are trained to make non-commissionstatements, informing customers that they are simply paid a flat rate, in anattempt to gain customer trust. This can be a great benefit to the customer,but isn’t the whole story. It’s true that most customer facing employees (likeGeek Squad agents or sales staff) are not paid on commission. However, salesare still incentivized in ways that create a commission-like atmosphere. Forexample, managers have the opportunity to make big bonuses based off ofrevenue/margin goals. Lower level employees can hit Blue Crew Bucks (a bonustacked onto a paycheck). And, some employees (like Best Buy For Business)receive commission on sales. None of these practices are unethical, but givingcustomers the impression that sales performance isn’t rewarded is simply wrong.

This slight discrepancy never bothered me until Best Buyimplemented a new sales tracking system. Now, each sales employee’s performanceis closely tracked, as it would be in a commission pay system.Employees are tracked on multiple metrics,including: sales per hour, protection plans sold, margin and gross revenue persale, payments made on a Best Buy credit card, and accessory attach rate. Byimplementing this tracking system, Best Buy has instantly and fundamentallychanged the work climate within the stores. They have created all of theproblems of a commission system, like competitive relationships betweenemployees and in-fighting for sales – both of which damage the customerrelationship and defy their claims. It clearly hurts the work culture.

Best Buy understands that such a tracking system has thepotential to have a negative effect on the culture, so they instruct managementto use the metrics only as a coaching tool. Unfortunately, there is a bigdifference between the theory espoused and the theory in use. These sales metrics arebeing used in performance appraisals and to promote/demote employees. 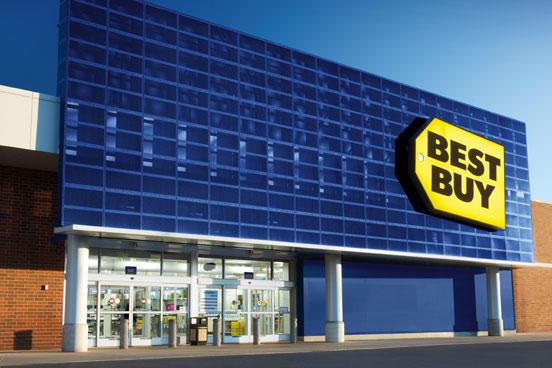 Another point of pride for Best Buy is that their employeesare better trained and better educated than the competition. I certainly holdthat to be true, but that advantage has been diminished by recent strategy. Afew years back Best Buy restructured to eliminate many of the full-time andhigher paid sales positions. This allowed them to increase the number of salespeople available to serve customers by hiring more part-time employees at lowerwages. In short, they chose to sacrifice quality in favor of quantity. Hiringmore employees at lower wages can work well in some business models, especiallywith non-technical positions, but I would argue it was a bad move for Best Buy.In the end, this hurts customer experience, decreases employee retention, andleads to an undifferentiated work force.

Based on my employment in three different states, I wouldestimate that most full-time sales associates are getting paid ten dollars anhour or less (depending on the location). This might be a competitive wage whencompared to companies like Target or Walmart, but not when compared to boutiqueelectronic shops, and not when an educated workforce is a point ofdifferentiation. By paying comparatively low wages, Best Buy attracts adifferent type of worker than they claim. Their sales employees are largelymade up of high school and college students who need a part-time job, or moreexperienced employees who need a temporary job while they look for somethingbetter. This leads to low retention rates, which is a huge cost to the companybecause hiring and training new employees is extremely expensive. It also leadsto a workforce that isn’t any more educated, motivated, experienced, orqualified than competitors’ employees. And in the end, it negatively impacts customerexperience. An inexperienced or new employee simply isn’t as familiar with theproducts and services Best Buy carries, or educated on how to use the internalsystems needed to order, schedule, or pay for products and services.

Failure to Create a Singular Vision

If you were to ask me, “Who is Best Buy?” I wouldn’t knowhow to respond. There is no vision of who the company is, a grand narrative that defines Best Buy, or clear direction of where it isgoing. At least not one that is well-communicated to the rank and file. I would argue part of this might be because much of their executivestaff has changed in the past two years, including their CTO, CFO, and CEO. ButI would also argue it’s largely because they have consistently failed to communicate aunified vision or make any successful unilateral moves, even prior to any changes insenior management. Rather, Best Buy has taken a shotgun approach to business and marketing,trying to advance on dozens of different fronts and seeing what sticks. Justtake a quick look. In recent years, Best Buy:

As you can see, almost none of their ventures have turnedout well, with the notable exception of cell phone sales. Best Buy simply hasnot known how to answer the questions, “Who are we?”, and “Where are we going?”

To be fair, Best Buy’s new CEO, Joly Hubert, recentlyunveiled a new 5 point initiative called “Renew Blue” – an initiative thatseems to indicate Best Buy might finally be moving forward again and takingsome of these steps. Time will tell. What I know is the organization – from topto bottom – needs to understand who Best Buy is and where it is going. Theyneed a solid vision that will ground executive decisions, give direction tolower-level employees, and create a clear identity in the minds of consumers.

Though these criticisms may seem harsh, I sincerely want tosee Best Buy succeed in the future, and not just because I own stock. Best Buywas my launching platform into the tech world. They paid for a big chunk of myschool, allowed me to transfer between stores, and my immediate supervisorswithin Geek Squad were some of the best I could ever hope to have.

Not only do I hope Best Buy will survive, I believe there isstill a spot for them in the marketplace. There is a big gap between commoditystores like Target and Walmart, and boutique electronics shops, and that’swhere Best Buy fits. Said gap has shrunk thanks to the commoditization ofelectronics and become crowded with internet retailers, but it still exists.

In the short term, I believe Best Buy will continue to follow the path of Circuit City.They will close stores and lay off employees until they have shrunk down to asize where they no longer over-saturate the market. I hope that through thatprocess they can decide what type of retailer they are going to be andstructure the organization to fit their new goals. Once they have decided on adirection, it needs to be aggressively communicated to all internal andexternal stakeholders.

I just hope the senior staff has the gumption to admit BestBuy will never be what it once was, but that it can have a prosperous future.It just has to go through the fire first, and it takes strong leaders towillingly walk through that fire.